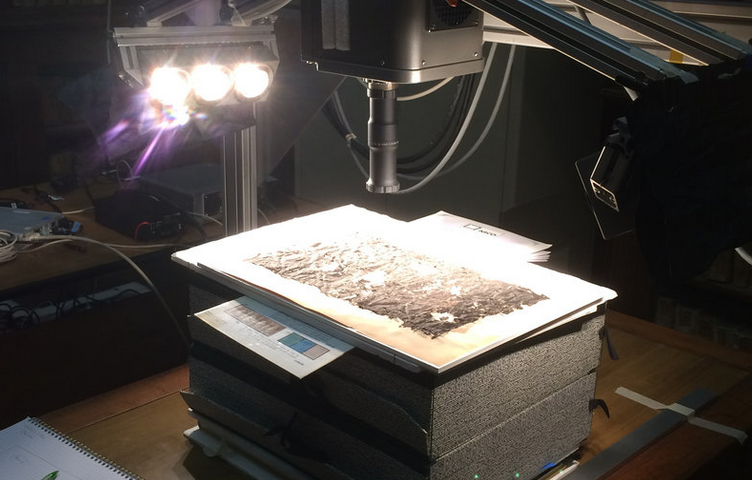 NPR also has a nice summary article on the imaging of the Herculaneum scrolls and the resultant textual content discoveries from the work.

‘The scroll was discovered and painstakingly unrolled in 1795. It’s unusual among Herculaneum scrolls because it has writing in Greek on the front and back. To preserve the fragments, scholars glued them to cardboard. But since then, only one side has been visible.

“And it has been impossible to detach them from it since then,” Ranocchia said. “You see, this would destroy them. They are extremely frayed.”
The scroll is a rough draft of a history of the academy founded by the philosopher Plato — written by another philosopher, Philodemus, who lived during the first century B.C. The research team used a technique called shortwave-infrared hyperspectral imaging to finally see some of what’s concealed on the back. The paper was published in Science Advances on Friday.’