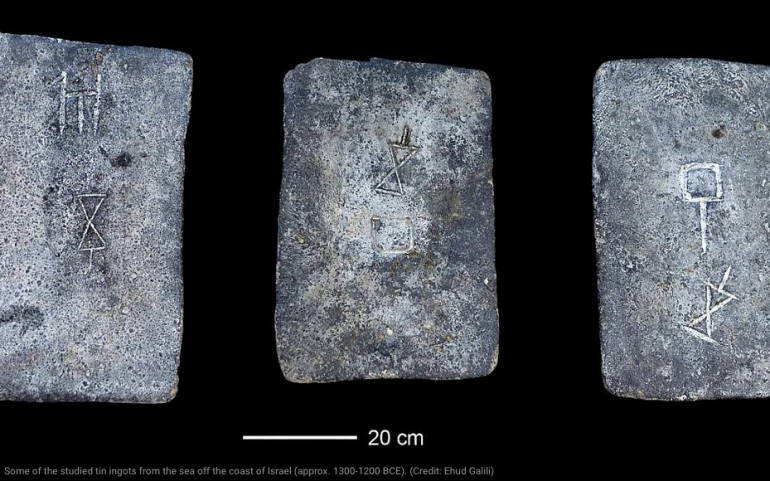 A team has reached some fascinating conclusions in their research into the sources of tin at sites 13th and 12th centalong the eastern Mediterranean coast:

‘In a paper published in June on the open-access, peer-reviewed scientific journal PLOS One, the authors analyze 27 tin ingots, or blocks, from five sites bordering the eastern Mediterranean Sea. For decades, researchers have debated the origin of tin used in ubiquitous precious bronze throughout the Levant during the eponymous era, from the late fourth and third millennia BCE. Hypotheses have swung from close-by Turkey, central Asia, or far-flung France and Britain.

In their paper, “Isotope systematics and chemical composition of tin ingots from Mochlos (Crete) and other Late Bronze Age sites in the eastern Mediterranean Sea: An ultimate key to tin provenance?” a team of interdisciplinary scientists from Mannheim, Germany; Greensboro, North Carolina; Merano, Italy; and Haifa have what they call solid proof of where — and where not — the precious tin was likely mined.

The conclusion of the study is that the source for the tin was from Cornwall and Devon, England. The rest of the article can be read here, the full research article and the press release can be found here and here.