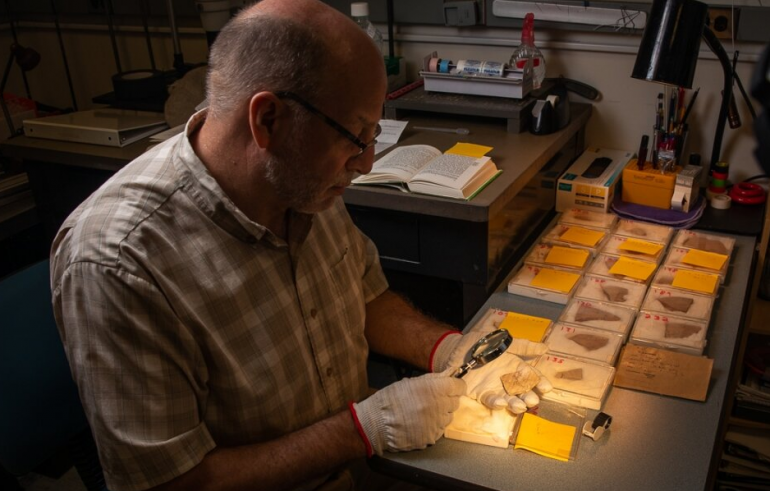 “A Columbian College of Arts and Sciences professor is using cutting-edge imaging technology to decipher the inscriptions on fragments of broken pottery excavated more than 50 years ago in Jordan. The fragments, long thought to be lost, were recently rediscovered.”

Dr. Chris Rollston, of George Washington University, is heading up this study. Here’s a bit more from the full article:

‘While the ostraca are brief, Dr. Rollston believes they could include information that could help researchers better understand cultural practices in the first century. He believes some of the ostraca written in Aramaic include the names and titles of Jewish soldiers who served during the First Jewish Revolt. This would shed light on naming practices of the time and provide insight on a significant time in Jewish history.

“It’s difficult to know exactly when these inscriptions were written, but my sense is they were written sometime during the decade or two right prior to fall of Judaea to the Romans,” he said. “These are inscriptions from this really pivotal period in what we know as ancient Judaea.”‘