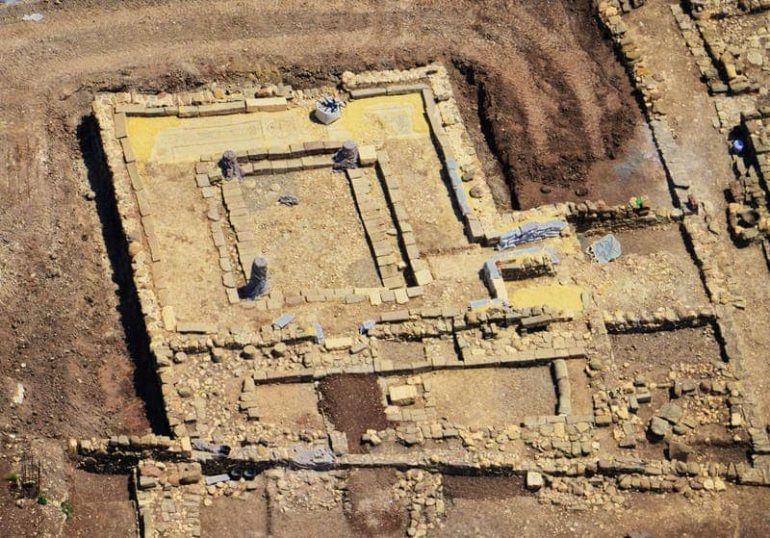 Image Credit: Excavating the ruins of the second synagogue at Migdal. Credit: University of Haifa

Discoveries of Second Temple synagogues in the Holy Land is rare. In 2009 one was discovered in Migdal/Magdala, a village to the west of Capernaum on the north end of the Sea of Galilee. Now there’s news of the discovery of a second. Migdal/Magdala may have been the hometown of Mary Magdalene. Here are links to articles:

From the HaAretz article:

While the first synagogue had a decorative mosaic floor, the builders of this modest second one settled for a compacted, then plastered, earthen floor, she says.

The first synagogue featured brightly colored frescoes on the walls. The second one had white-plastered walls, though some evidence of wall paintings has survived. Both had the same basic plan: a square central meeting hall and two rooms on the side. In both cases, the side room in the southwestern corner had a plastered stone shelf which, the archaeologists speculate, may have served to store the Torah scrolls.

In both cases, the walls were constructed of local volcanic basalt and limestone. Other artifacts from the time, such as pottery and stoneware vessels, were also made of local material.

The newly discovered synagogue was shaped as a square and built in basalt and limestone. It featured a main hall and two other rooms. The main hall was coated in white plaster and featured a stone bench along the walls, also coated in plaster. One of the smaller rooms presented a stone shelf. According to the experts it might have been used to store Torah scrolls.“The synagogue we are excavating now is close to the residential street, whereas the one excavated in 2009 was surrounded by an industrial area,” [Zinman Institute head Prof. Adi Erlich] also said. “Thus the local synagogues were constructed within the social fabric of the settlement.”

Video of Site at YNET

Video is in Hebrew, but even if not knowing Hebrew it provides some good shots of the project and discovery.