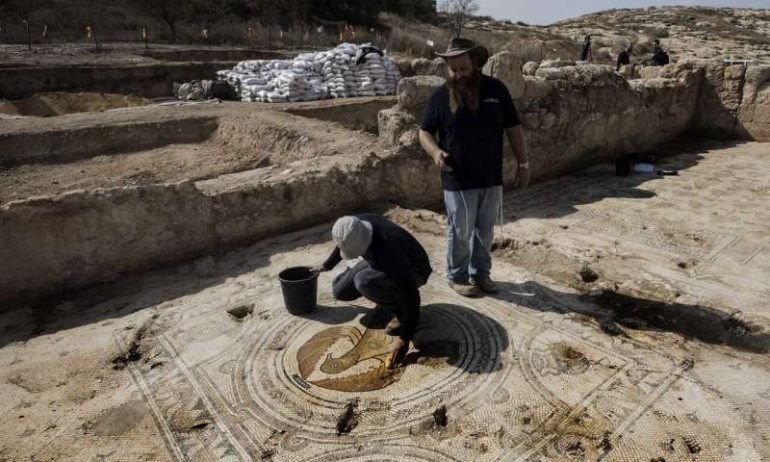 The Israeli Antiquities Authority showcased information about the excavation of a sixth-century Byzantine church in Beit Shemesh with an exhibit at the Bible Lands Museum in Jerusalem. The excavations were directed by Benjamin .

Here’s a snippet about the excavation of the church structure from the full article:

An inscription on a mosaic says the site was built in honor of a “glorious martyr.” The martyr is not identified, but other inscriptions commemorate the empire’s expansion under the sixth-century ruler Justinian and one of his successors, Tiberius II Constantine.

Because of the church’s size and rich trappings, researchers from the Israel Antiquities Authority believe it was a popular pilgrimage site until it was abandoned during the Muslim Abbasid caliphate in the 9th century AD.

The elaborate design of the church, including a lattice marble chancel, calcite flowstone baptismal and floor mosaic depicting an eagle, a symbol of the Byzantine Empire, shows the site’s notable funding and significance.

The Times of Israel also has the story, including more photos and information.