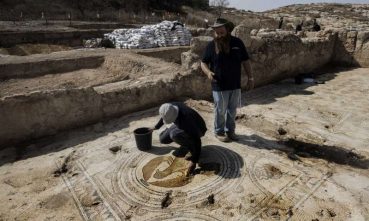 The Israeli Antiquities Authority showcased information about the excavation of a sixth-century Byzantine church in Beit Shemesh with an exhibit at the Bible Lands Museum in Jerusalem. The excavations were directed by Benjamin .

Here’s a snippet about the excavation of the church structure from the full article:

Several different news outlets (MSN, HaAretz, UPI, and others) are carrying the story from the Israeli Antiquities Authority press release about excavations at Ein Asawir (En Esur) of a large 5000 year old city in the north of modern day Israel (southeast of Haifa, in the Sharon plain). The 5000 year old city was also apparently built on another city/village which was inhabited 2000 years earlier, and this earlier city apparently included a temple structure. According to the reports, the location “spanned 160 acres and is estimated to have had 6,000 inhabitants.”

Fifty-seven years ago today Yigael Yadin announced the discovery of letters written by Bar Kochba, the leader of the third Judaean rebellion against Rome (from 132-134 C.E.). These letters reveal that his real name was Shimon Bar Koseba. Tradition holds that the name Bar Kokhba was given to him by Rabbi Akiva, who believed that the rebel leader might be the Messiah. Bar Kochba means “son of a star” and alludes to a portion of Numbers 24:17as a Messianic prophecy: “There shall come a star out of Jacob, and a scepter shall rise out of Israel.” END_OF_DOCUMENT_TOKEN_TO_BE_REPLACED 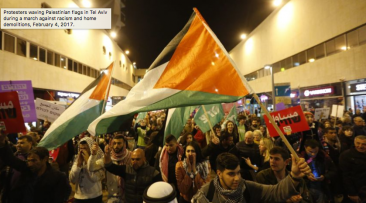 The dynamics of conflict and peace, enmity and friendship in the realities of Israeli and Palestinian relationships are far more complex and nuanced than is frequently depicted in U.S. media and rhetoric. END_OF_DOCUMENT_TOKEN_TO_BE_REPLACED