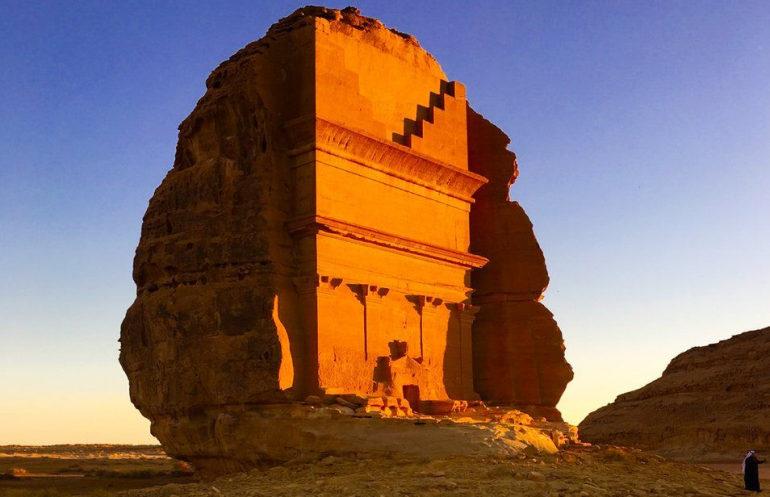 A BBC article about new archeological surveys of Nabataean sites in northern Saudi Arabia. The Nabataeans are best known today for the ruins at Petra.

From intro to the full article on the BBC website:

A team of researchers is carrying out the first in-depth archaeological survey of part of Saudi Arabia, in a bid to shed light on a mysterious civilisation that once lived there. The Nabataean culture left behind sophisticated stone monuments, but many sites remain unexplored.

…Nabataean civilisation inhabited the area starting from around 100 BC and persisted for some 200 years. While the Nabataeans ruled their empire from the stunning city of Petra in Jordan, they made Hegra (the modern Mada’in Saleh) in Al Ula their second capital.

Now, archaeologists are planning to carry out the first in-depth survey of a chunk of land here that’s roughly the size of Belgium. The large international team of more than 60 experts has started work on an initial, two-year project to survey the core area of 3,300 sq km in north-western Saudi Arabia. This is the first time such a large area of more or less scientifically uncharted territory has been systematically investigated.