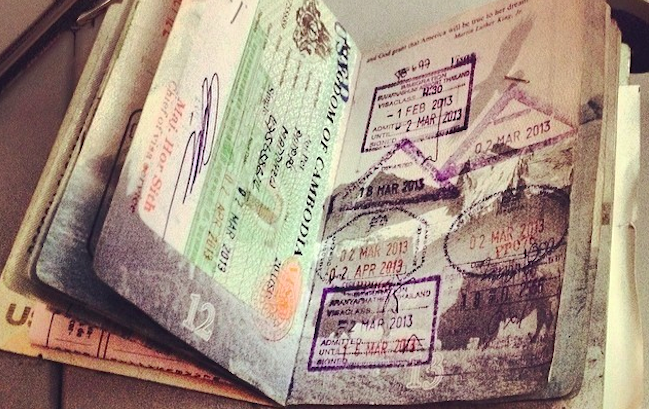 One of the great things about being a teacher is getting it wrong.

Life in the Real World

When I taught middle-school, I had this student named Matt. He was a big gregarious kid—and when I say “big”, I mean “BIG”.  He stood head and shoulders above the other students (and above my own vertically challenged,  5′ 4″ frame). He was one of those “bursting with energy” kids who had a great and mischievous smile, was loud, and liked to push the boundaries.  Fun to be around, but sometimes difficult to contain. He was smart, and he had lots of questions (some for the schtick and some for real).  His words were as quick as his mind, which were sometimes used to tear down and challenge, but more often were really used to build and explore.  Unfortunately, what often stuck with teachers, administrators, and some students, was the former description rather than the latter. If you’ve ever taught or been around groups of middle-school kids, you know the kind of great, but often misunderstood kid Matt was.

I remember, even while trying not to demolish his dreamer’s heart, attempting to sort of redirect his thoughts. You see, I really didn’t think Matt would or could follow his dream. I didn’t think he could make it happen, or that this naive dream would last past adolescence. Without saying it directly, I wanted him to think about “life in the real world” and tried to move the many conversations we had in that more realistic direction.

That was over 10 years ago.

Today Matt does this:

This is the text that goes along with the above video at skatersatlas.com:

We just celebrated our one year anniversary. We’ve lived all over the globe to create seven unique issues that each portray a different city and the culture around its skateboard scene. We want to thank everyone that supported us during these incredible journeys – this clip is for you!

…and it’s not a new thing.  Matt has been doing this for a while, really since those middle-school conversations with me. On the skatersatlas website (or on one of his vimeo pages) you can see other videos or pics that he has helped film, photo, edit, or produce.  He’s traveled the world (the header photo for this article is of his actual visa stamps), and he’s developed deep friendships, all the while engaging in full-on creativity, community, & fun.

I’m sure it hasn’t been easy. I’m sure there have been opportunities along the way to quit or question such a path (probably from good intentioned teachers and “adults” trying to help).  And I know, like all of us, he must have his own inner battles. But he’s kept going. He still pushes the boundaries, still asks questions, and probably still makes people uncomfortable.

And, it’s hard to keep track of where he might be. I think he might be living Chile right now, as he recently posted this photo and caption: 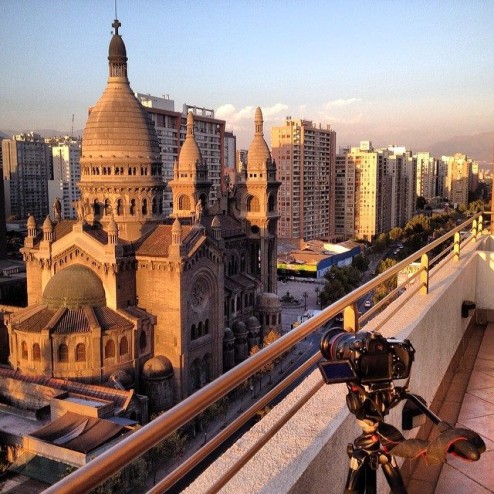 I still worry about him sometimes, for his health, safety, faith, etc.  But I’m personally challenged and encouraged that he never quit embracing an aspect of life that most of us miss or give up on: He’s living his dream and he’s valuing people. It’s the sad reality that a life so simply defined is also so strange and so uncommon. It’s extraordinary.

Matt always had a sense that people were valuable, and I think one of his struggles was seeing  people treated like outcasts by whatever dominant system he was in. I think that was part of his connection (outside of the pure fun of it) with the “alternative” world of skater culture, and it was also the reason he sort of wanted to “level the playing field” between the extremes of society, however it was expressed: rich and poor, cool and outcast, powerful and weak, etc.  Not necessarily in terms of “fixing things”, but in the simple reality of how we value people. It’s the kind of thing that causes him to treat people on the under-recognized sides of society and the world with a great deal of respect, as is evident in his work. When you watch it, you realize that it’s clearly not just about skating.

Here’s a great example of the kind of care for people that he possesses, where he uses his gifts and helps a guy named Jeff tell his story:

As I said earlier, it’s clearly not just about skating for Matt.

Currently, Matt and I typically only talk on social media, usually when he’s posted something creative and I respond by just saying, “Man, great work!” Then we will have some brief, encouraging interaction until the next creative post.  I think I’ve confessed it to him in those interactions, but I just wanted to highlight his work and say publicly (for Matt’s sake and for whoever else might read this and need it):

Matt, I’m glad I got it wrong. You’re one of the many kids I can’t take credit for—I’m just thankful I didn’t get in the way. I’m glad you didn’t give in to the “real world” created by safe people, which only exists in their heads. Instead you are living your dream in the large and very real world out there. Keep it up.

Matt Phipps is the tall guy in the middle.