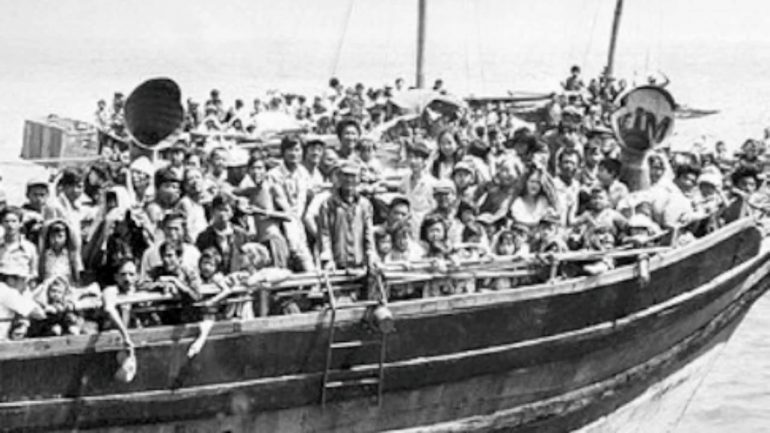 Sometimes you get the chance to truly see the greatness of the lives around you.

Tonight I went to a local quick clip shop to get a haircut. After a brief wait, one of the stylists/barbers called me back. He was an older, quiet Asian gentleman with a nice smile and heavy accent.  Once he started cutting my hair we began chatting. He asked me what I did. I tried to explain my job as a software developer/media/web person, and then I asked him if he had been a barber for a long time.

He told me that he used to work in a couple of factories.  He opened his cabinet to show me his Kraft lunch bag and said that he had worked for Kraft for a while. He also said that he used to own a convenience store in south OKC, but that he sold the business because his son didn’t want to work at it because it was too dangerous. He also got tired of getting home after closing at 11pm, and then the police would call saying the alarm was going off or someone had broken into his store.

At that point I told him that I noted his accent and asked if he had immigrated to America.  He told me that he came to America in the early 80’s after the Vietnam War when he was about 30 years old.  I asked, “So, you’re from Vietnam? You were in the Vietnam War?”

He said, “Oh, yes. I was a medic. I fought in the war. After the war the communists put me in prison. They did not treat me right. It was horrible.  After I got out, I decided I would take my family and leave, so I got a boat.  We had 50 people on it. The communists told me that I could pay them money and leave. I had to meet them at a certain time. It was midnight. When we got to the meeting place, they said, ‘Here are 100 people. You will take them on your boat.’ I said, ‘I cannot take 100 more people. My boat is full with 50 already.’ They said that if I did not take them, they would take my boat from me. They said, ‘We have already taken money from these people and told them they could go with you. So you will take them.'”

He continued, “So we took another 100 people. Four days at sea and the engine quit. It could not take it. We were sunk deep in the water from the weight. We floated at sea, not knowing where we were, for many days. We tried to sail with our sails, but we went back and forth.”

I asked about what they did for food and water.

He replied, “We did not have enough. We each drank half a cup of water in the morning and half a cup at night. People began drinking sea water. We told them not to. We tried to stop them, but they said, ‘We don’t care. We cannot take going without drink. We want to drink something.’ So they did.  They drank sea water and got very sick. One night a little storm came up, and we all held up our clothes to try and catch water. I can still remember how it tasted. It was disgusting. Our clothes were so dirty.”

I asked, “Did you lose people? Did some pass away?”

I asked him if he ever missed Vietnam.  He said, “I’ve only been back three times. I do not like it. I do not like the Communists. They did not treat us well. They were not good.”  He had a significant scar on his chin, I asked, “Did you get that from them?”  He simply said, “Yes.”

I sat there amazed. This man was so unassuming. So quiet. Behind his quietness lay this tremendous story, this tremendous life!  He saved countless lives as a medic in war and saved 138 other lives after the war. He came to America as a refugee out of imprisonment and oppression, found work, became a citizen, and for a while owned his own business. He also experienced some of the harsh realities of our culture, realities that ultimately caused him to sell his business. Now he works quietly as a barber, which he enjoys. And he is visibly proud to be a citizen here.

I got up, not sure what to say, so I simply said, “Thank you for sharing your story with me. I’m amazed, and I’m glad I’ve had this opportunity to meet you tonight.”

I think I’ll go back and get my hair cut there again.

No related posts were found