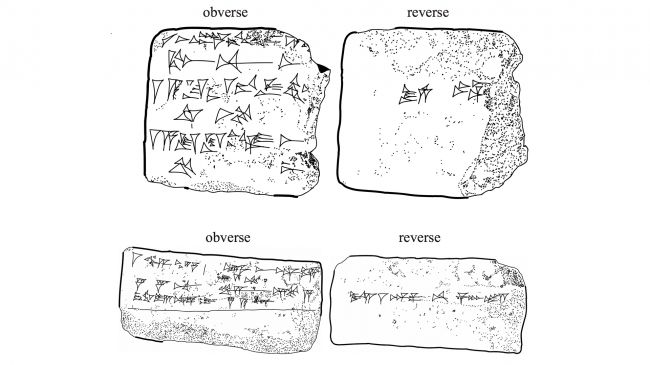 The descriptions, written in cuneiform, were found on three stone tablets, dating from 655 B.C. to 679 B.C. They predate other known historical references to auroras by about a century, researchers reported in a new study.

The record in the tablets seems to correspond with modern research about large solar storms during the period:

Earlier this year, another team of researchers found that a massive solar storm, about 10 times stronger than any in modern history, swept over Earth around 2,600 years ago. Fingerprints of this storm’s intense geomagnetic bombardment were left behind as radioactive atoms trapped in Greenland’s ice, Live Science previously reported.

The authors of the new study wondered if Assyrian astrologists from that period might have recorded anything unusual that could be linked to the solar storm. The researchers investigated 389 reports on cuneiform tablets in the collection of the British Museum; most of the reports described planetary and lunar activity. But three records noted phenomena that were likely candidates for auroras: “red glow,” “red cloud” and “red sky,” according to the study.

“These descriptions themselves are quite consistent with the early modern descriptions of auroral display,” Hayakawa told Live Science in an email. Indeed, red is a color typically found in low-altitude auroras and in auroras produced by low-energy electrons, the researchers reported.

Read the entire summary article from LiveScience here and the complete journal article in American Astronomical Society at Institute of Physics website (behind academic and subscription logins).