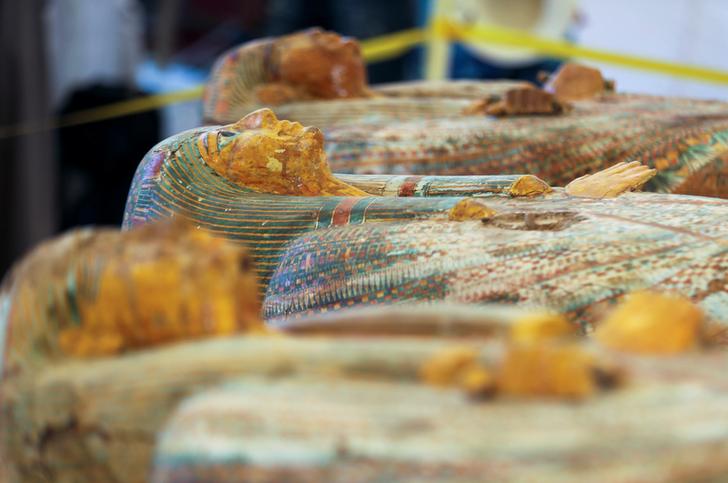 Egypt on Saturday unveiled the details of 30 ancient wooden coffins with mummies inside discovered in the southern city of Luxor in the biggest find of its kind in more than a century.

A team of Egyptian archaeologists discovered a “distinctive group of 30 colored wooden coffins for men, women and children” in a cache at Al-Asasif cemetery on Luxor’s west bank, the Ministry of Antiquities said in a statement on Saturday.

“It is the first large human coffin cache ever discovered since the end of the 19th century,” the Egyptian Antiquities Minister Khaled El-Enany was quoted as saying during a ceremony in Luxor.