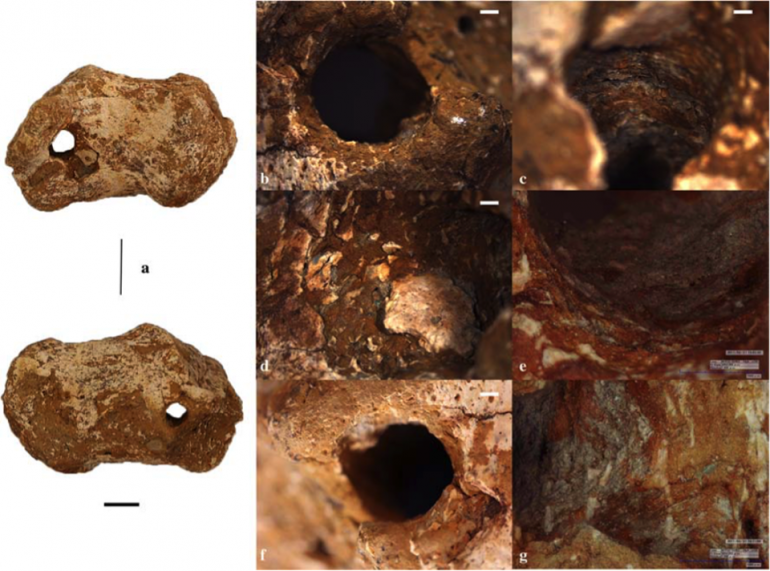 Though there is no doubt that crucifixion, well attested in literature, was a form of torture and execution in the Roman Empire (and other cultures); however, there is almost no evidence, in terms of physical human remains, of the practice. Forbes has an article (using information from an article in Archaeological and Anthropological Sciences) which highlights the discovery of only the second set of human remains bearing the marks of crucifixion. This discovery was made in Italy. Previously, the only other remains had been found outside of Jerusalem in 1968, in an ossuary bearing the name: Yehohanon ben Hagkol.

The discovery from Italy is described in the article:

“Accidentally uncovered during preventative archaeological work ahead of a planned pipeline about 75km outside of Venice, Italy, the isolated skeleton – a man in his 30s – was laid to rest without any grave goods.

Although the skeleton was not well preserved, the research team – consisting of Emanuela Gualdi-Russo, Ursula Thun Hohenstein, and Nicoletta Onisto from the University of Ferrara and Elena Pilli and David Caramelli from the University of Florence – was able to extract DNA and to rule out an accidental origin for a hole in the calcaneus.

The hole itself is round, passing from the inside of the foot to the outside, and there is evidence that it was inflicted around the time of death. “In our interpretation,” the archaeologists write, “the type of lesion found on the right calcaneus from Gavello is compatible with a position of the body […] contorted to the right with legs and feet in contact to allow a single nail to pierce both heels, [or with] knees in an open position and feet with heels overlapping and fixed on the medial side by a single nail.”

Read the full Forbes article here. A Smithsonian Channel episode of Secrets is also dedicated to discussing this discovery: “The Crucifixion Mystery“.