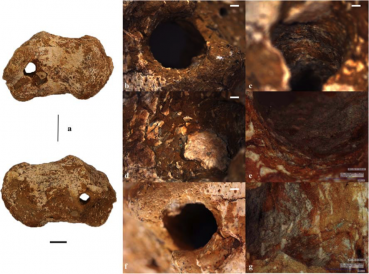 Though there is no doubt that crucifixion, well attested in literature, was a form of torture and execution in the Roman Empire (and other cultures); however, there is almost no evidence, in terms of physical human remains, of the practice. Forbes has an article (using information from an article in Archaeological and Anthropological Sciences) which highlights the discovery of only the second set of human remains bearing the marks of crucifixion. This discovery was made in Italy. Previously, the only other remains had been found outside of Jerusalem in 1968, in an ossuary bearing the name: Yehohanon ben Hagkol.