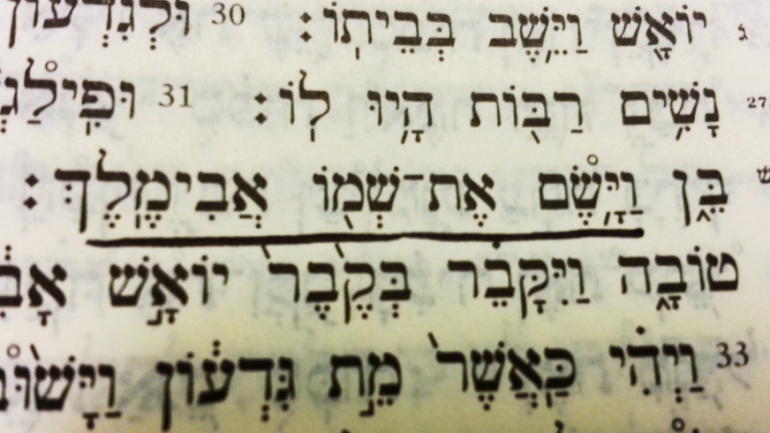 Sometimes the scripture has these often brief, but revealing, almost tongue-in-cheek elements (that I love) in which it feels like the reader is sort of let in on a joke or a story where everything may not quite be what it seems.

In the Book of Judges, the people come to Gideon and say, “Rule over us, you and your son and your grandson also, for you have saved us from the hand of Midian.”

However, just a little bit later, we read that one of Gideon’s sons does try to rule over the people as king. This might be because Gideon may not have been completely honest in his humble statement denying the kingship for himself and for his sons.  The clue to this is found in just a couple of sentences a few verses after his refusal of kingship:

“Now Gideon had seventy sons, his own offspring, for he had many wives. And his concubine who was in Shechem also bore him a son, and he named him Abimelech.” (Judges 8.30–31, emphasis added)

The name that Gideon gave his son? It’s Hebrew for “my father is king” (Avi-melekh, אֲבִימֶֽלֶךְ).