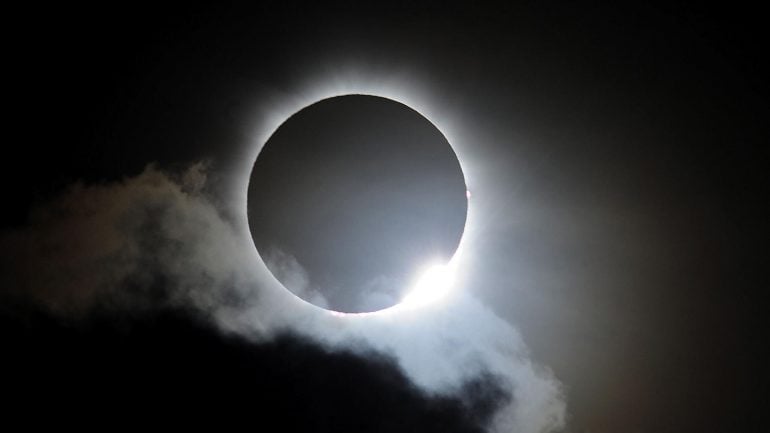 1. Total Solar Eclipses Are Not Rare, But Seeing One May Be

Although an individual, remaining in a single region her or his whole life, may never see a total eclipse or perhaps witness such an eclipse only once or twice in a lifetime, the occurrences of total eclipses is not rare. Total solar eclipses happen somewhere in the world about every 18 months. There will be five in the next six years: 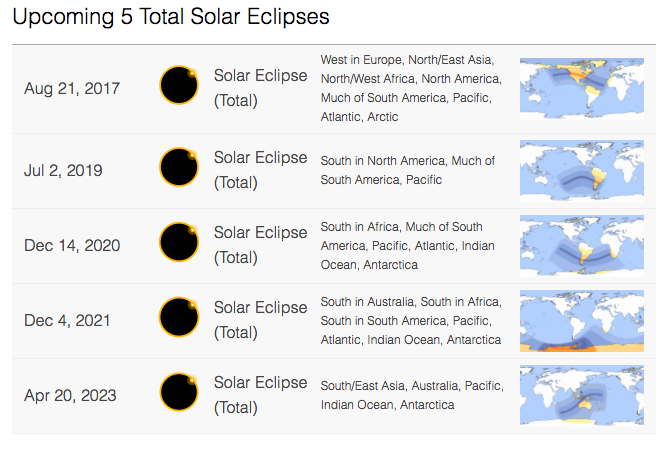 Partial solar eclipses occur even more frequently and happen somewhere in the world about 2 times per year, and there can be even more. All solar eclipses also have corresponding relationships with lunar eclipses.

2. The Darkness During the Crucifixion of Jesus Was Not An Eclipse

The darkness during the crucifixion of Jesus mentioned in the Gospels could not have been an eclipse, where the moon blocks out the sun. It was Passover which means there was a full moon. There cannot be a solar eclipse during a full moon. During a full moon, the moon and the sun are on opposite sides of the earth, with the moon fully reflecting the sun’s light. During an eclipse they are on the same side. 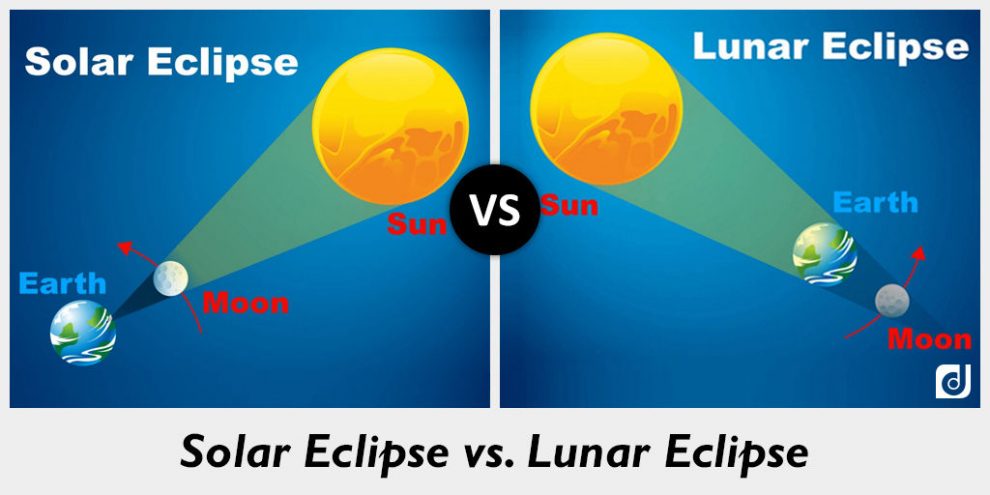 In line with points #1 and #2 above, it isn’t amazing, spectacular, or miraculous that an eclipse occurs on or near the beginning of a Jewish month because a solar eclipse always occurs during or near the new moon phase, and new moons always mark the beginning of Jewish months, which are lunar. (Likewise, lunar eclipses are going to occur near the full moon. So, “blood moons” which are lunar eclipses happen during, say, Passover).

4. The Eclipse Doesn’t Correspond with Sunset In Israel

The point at which the eclipse begins to crossover the U.S. (UT 17:16) is not the same time as sundown in Jerusalem (7:16 PM). Those claiming that this is the case have not realized that Israel has their own Daylight Savings Time, so Israeli local time right now is UT+3, not the standard UT+2. So the time in Israel when the full eclipse arrives in the US is 8:16 PM, one hour after sunset.

5. The Total Eclipse Does Not Cross Directly Over the New Madrid Fault

6. Eclipses Were Considered Signs of Judgement

It is true that in some Rabbinic texts (as well as Muslim texts) eclipses are often signs of judgement. However, in the entire Talmud (which is multi-volume), only one passage discusses eclipses. (And, regarding, the point below, none of this passage or any other ancient Jewish text mentions an eclipse in relation to Jonah).

There was an eclipse which crossed over Assyria during or near the time of Jonah. It was noted in an ancient Assyrian text. However, nowhere in the Bible is an eclipse connected to the life of Jonah (as a matter of fact, the Bible never directly mentions any eclipse). The “Sign of Jonah” that Jesus mentions in the Gospel of Matthew an Gospel of Luke are clearly either 1) that the Son of Man would be in the heart of the earth, just as Jonah was in the belly of the fish, three days and three nights or 2) Jesus himself, his presence and message, like Jonah was a sign himself:

‘But he answered them, “An evil and adulterous generation seeks for a sign, but no sign will be given to it except the sign of the prophet Jonah. For just as Jonah was three days and three nights in the belly of the great fish, so will the Son of Man be three days and three nights in the heart of the earth. The men of Nineveh will rise up at the judgment with this generation and condemn it, for they repented at the preaching of Jonah, and behold, something greater than Jonah is here.’ (Matthew 12.39–41 ESV emphasis added)

‘When the crowds were increasing, he began to say, “This generation is an evil generation. It seeks for a sign, but no sign will be given to it except the sign of Jonah. For as Jonah became a sign to the people of Nineveh, so will the Son of Man be to this generation.’ (Luke 11.29–30 ESV emphasis added)

Notably, a key point that is missed in the video making the rounds that quotes these passages and claims the “sign of Jonah” is an eclipse, is that a ‘wicked generation seeks for a sign.‘

8) The Sun, Moon, and Stars are Given for Signs and Seasons…But We Should Be Careful

The Bible does say that the lights in the heavens are for signs (ʾotot אתות) and seasons (moʿadim מועדים). The former indicates any kind of sign or symbol, the latter indicates seasons for gathering or festivals (a good translation would be “meeting-times”). The Bible also uses language about the sun, moon, and stars about great and cataclysmic days/times of judgement. Things like “blood moons”, the sun and stars being blackened, or stars falling from the heavens. The magi from the East knew about Jesus because of a sign in the heavens. However, please note: This does not mean that it’s okay to make up our own theological half-truth and false garbage (and sell books full of it) anytime something happens in the sky. Biblically, signs from God are not whims or speculation. Remember, Someone important said an evil generation seeks after signs.