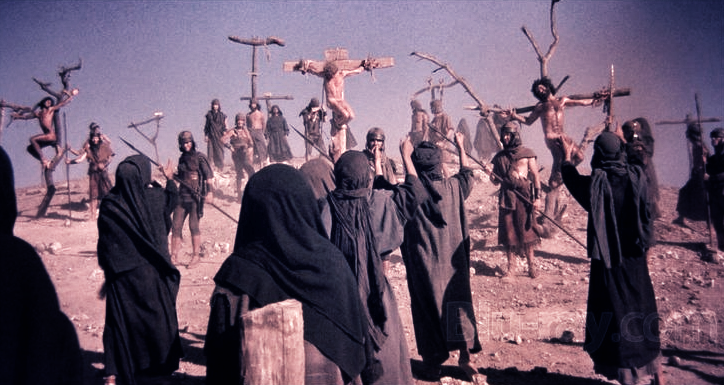 Two scholars, Bart Ehrman and Craig Evans, are having a debate over Ehrman’s positioni in his recently released How Jesus Became God that Jesus’ body would not have been buried. Evans makes the case otherwise.

While I agree with Evan’s position that Jesus was, in fact, buried, Ehrman is a good scholar, and this post on his blog describing crucifixion is well written. Here is an important snippet:

Roman power was very real, very tangible, very palpable.  And it was played out on the bodies of those who tried to oppose it.  Crucifixion was the perfect mode of execution for anyone engaging in, supporting, or endorsing violent opposition to the Roman state.  You think you can oppose US?  Well then, this is what we’ll do to YOU to show you how powerful you really are.   We will take you, strip you naked, drag you to a public place, nail your hands (wrists) to a cross beam, nail your feet to an upright, set you up as a public spectacle for people to see and mock.    By doing so we will not only torture you to death  (often it took a couple of days for a person to die of asphyxiation).  We will reveal to all who can see how helpless you are.

Crucifixion was not merely a death by torture.  It was a symbolic statement that WE are Roman power and YOU are nothing.  And if you oppose us, we will prove it, by rendering you absolutely, completely powerless

Ehrman completes his article by demonstrating (as was indeed likely most often the case) that the bodies of the crucified would also be left to hang in decay and dishonor for days.  Again, I encourage you to read his article in its entirety. It will be insightful, even if you don’t agree with his conclusions about Jesus’ body.

[Cover image from The Last Temptation of Christ]