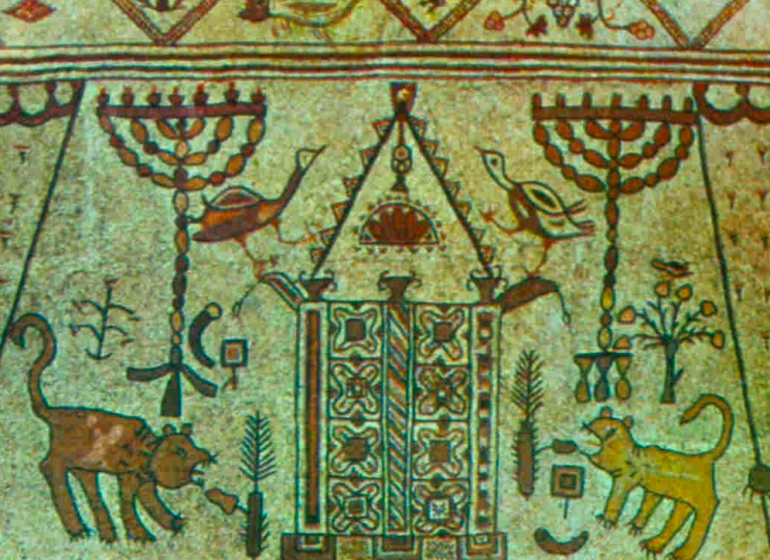 The Menorah is mentioned in two passages in the NT: once in Hebrews (9:2) and then in the opening vision of Revelation. In this latter apocalyptic vision, the menorah. with its seven lamps, is identified with the seven churches to whom the vision is directed, with each receiving a message to its angel or messenger (Greek angelos means “messenger”). These churches were all located in the western region of modern day Turkey. It is notable that the One in the vision is seen as being “in the midst” and “walking among the lampstands”.

When thinking about this, it should be remembered that we are talking about gatherings and collections of Jesus followers, not churches as we know them today in the West (with buildings, pews, pulpits, etc). These churches gathered around tables, in work places, outdoors near streams and rivers (perhaps for the sake of baptisms), and other locations. They were more like churches today in parts of the world where Jesus followers are still a minority or are persecuted.

The Letters to the Churches

The letters are warnings and encouragements from the Lord, with warning to Ephesus (in the first letter) that their lampstand could be removed from its place if they did not repent and return to their first faithfulness.