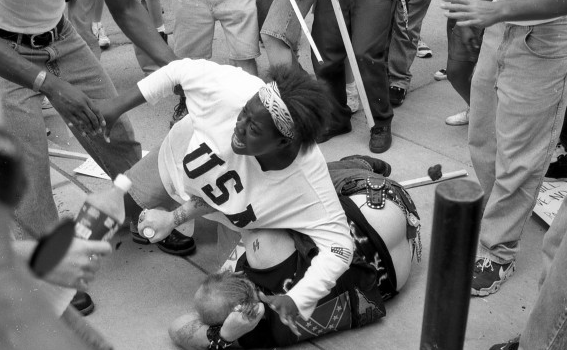 The powerful story and images about (then) 18-year-old Keshia Thomas in 1996, who at risk to her own safety protected a white supremacist from a violent crowd:

…in a flash, the crowd went from controlled protestors to an angry mob, hitting the man with sticks and kicking him as he lay on the ground. In that moment, Thomas separated herself from the mob and threw herself on the man to protect him.