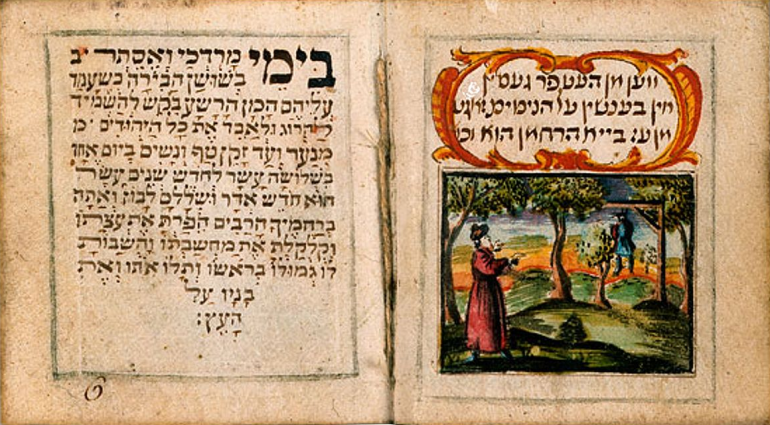 Purim is a holiday celebrated by Jewish people for centuries to commemorate the defeat of Haman, who had plotted to have all the Jews massacred in the kingdom of the Xerxes, king of Persia. This sinister plot is revealed and ultimately stopped due to the boldness of Esther and her uncle Mordecai. You can read all about this in the Book of Esther in the Hebrew Bible.

Purim is a festive holiday held on the 14th-15th of the Jewish month, Adar. It falls exactly one month before Passover. Though it it preceded by a fast day, the holiday itself is full of people dressing up in all kinds of costumes, eating, and much drinking. As a matter of fact, this is the instruction in the Talmud that concerning the drinking:

“Said Rava: A man is obligated to drink on Purim until he no longer knows [the difference] between ‘cursed Haman’ and ‘blessed Mordecai.’”

This statement is immediately followed by this humorous story:

“Rabbah and Rabbi Zeira celebrated the Purim meal together. They got drunk. Rabbah arose and slaughtered Rabbi Zeira.

The next day he prayed and revived him. The following year, Rabbah said: Would the Master [Rabbi Zeira] like to come and we will celebrate the Purim meal together?

Rabbi Zeira said to him: ‘A miracle does not occur every hour!’”1

The holiday today also is a sort of Jewish Halloween combined with Mardi Gras, where both young and old dress up in crazy costumes and have a great time until late at night or early the next morning.

A Note About Persia and the Jews

I want to note here that it is often misunderstood that Esther is about the beginning of a long history of conflict and persecution in relation to Persia (or modern day Iran).  The reality is the relationship between Persia and Jews in the scripture is consistently depicted as being positive.  In the Bible it is Persian rulers who liberate the Jews from their exile in Babylon and also supply the resources and funding to rebuild the Jewish Temple in Jerusalem.  One of those rulers, Cyrus, is called a “shepherd” and “messiah” (literally “an anointed one”) in Isaiah 45:

‘…[I am the LORD] who says of Cyrus:
‘He is my shepherd,
and he shall fulfill all my purpose’;
saying of Jerusalem, ‘She shall be built,’
and of the temple, ‘Your foundation shall be laid.’”

Thus says the LORD to his anointed [messiah, משיח] to Cyrus,
whose right hand I have grasped,
to subdue nations before him
and to loose the belts of kings,
to open doors before him
that gates may not be closed:
“I will go before you and level the exalted places,
I will break in pieces the doors of bronze
and cut through the bars of iron,
I will give you the treasures of darkness
and the hoards in secret places,
that you may know that it is I, the LORD,
the God of Israel, who call you by your name.

The Cyrus Cylinder (539 B.C.E.) in which Cyrus proclaims how he restored temples of various gods.2

In addition, in the story of Esther, Haman is not a Persian, but an Amalekite.  According to the Hebrew scriptures, the Amalekites were a group with whom the Israelites had an ancient animosity all the way back to the Exodus from Egypt, where the Amalekites are not only the first people to wage war against Israel as a nation but they do so while Israel is still a refugee people in the desert-wilderness (Numbers 14.45).  This becomes the basis for on-going conflict between the two groups throughout the biblical history. In the Esther story, Haman the Amalekite tricks the Persian king into announcing an edict to kill the Jews.  King Xerxes, when he discovers he has been tricked but cannot revoke his edict, issues another edict throughout his land allowing the Jews to protect themselves and thus rescues them.

From the time of Esther (5th century B.C.E.) to the modern period (really the 20th century C.E.), Persia had a significant Jewish population that often flourished.  During the Roman period, the Jews often sided with the Parthians (from Persia), who were opponents of Rome, because in the areas the Parthians controlled they protected Jewish people and also had an elevated class for many Jews of Davidic descent called the rosh galuta, “leaders of the exiled.”  Later in the 7th century C.E., when the Persian Sassanids briefly took control of Jerusalem from the Byzantine Christian Empire, the Jews sided with the Persians because they had suffered so much persecution by Christians and the Sassanids temporarily liberated them this oppression. 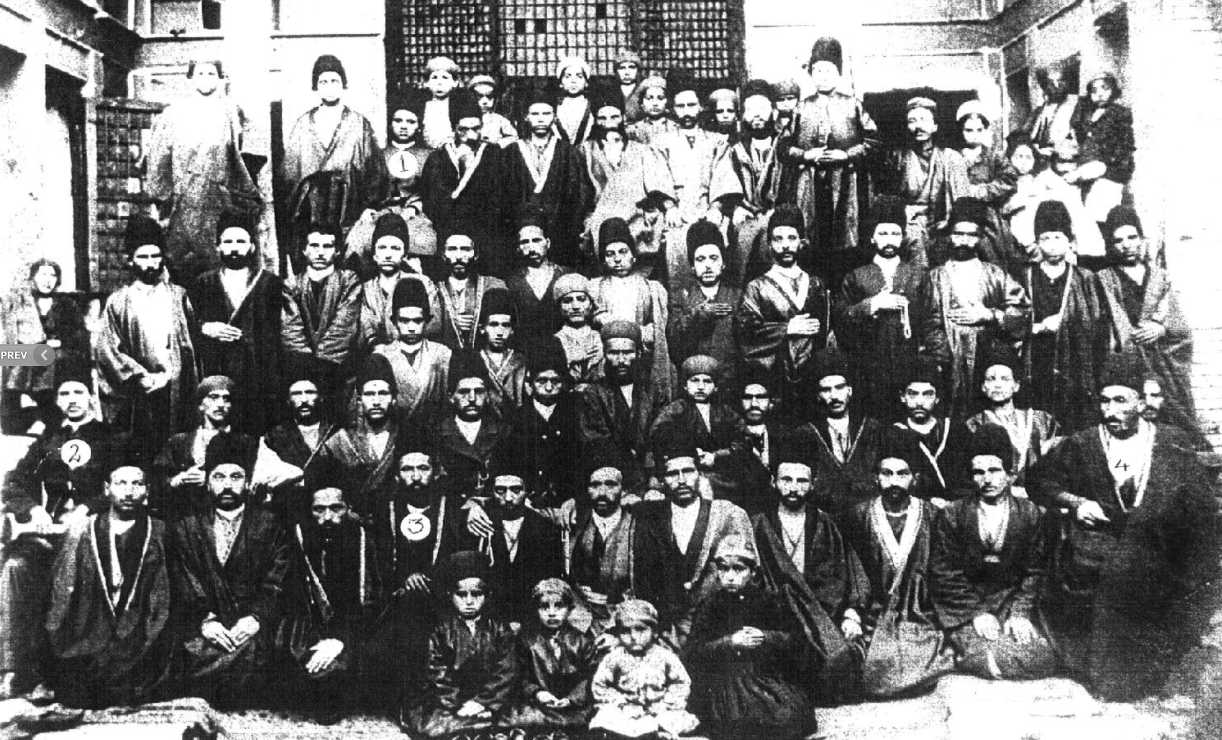 Though anti-Jewish sentiment in Iran grew during the 20th century, it really was not until after the Iranian Revolution in the 1970s that the relationship between Persia (Iran) and the Jews (Israel) fully degraded and shifted to the reality of its present tense relationship.  In the late 19th and early 20th centuries, there were more Jews living in Iran than in Palestine. Notably, when the other Middle East nations declared war against Israel in 1948, 1956, 1967, and 1973, Iran abstained, neither declaring war nor sending troops or supplies to support efforts against Israel.  Even at the time of the Iranian Revolution in 1979, there were still around 80,000 Jews living in Iran.

So, when someone makes a statement that seems to indicate there is an ancient animosity between these two peoples and nations, that “they’ve been fighting for centuries” or that they are “ancient enemies”, please tell them to check both the Bible and history.  The conflict is truly only a few generations old.  Which gives me hope.  Where there was once peace, there is hope that there can be peace again.

2. The full portion of the Cyrus Cylinder referring to the restoration of temples:

All kings who sit on thrones, from every quarter, from the Upper Sea to the Lower Sea, those who inhabit [remote distric]ts (and) the kings of the land of Amurru who live in tents, all of them, brought their weighty tribute into Shuanna, and kissed my feet. From [Shuanna] I sent back to their places to the city of Ashur and Susa, Akkad, the land of Eshnunna, the city of Zamban, the city of Meturnu, Der, as far as the border of the land of Qutu – the sanctuaries across the river Tigris – whose shrines had earlier become dilapidated, the gods who lived therein, and made permanent sanctuaries for them. I collected together all of their people and returned them to their settlements, and the gods of the land of Sumer and Akkad which Nabonidus – to the fury of the lord of the gods – had brought into Shuanna, at the command of Marduk, the great lord, I returned them unharmed to their cells, in the sanctuaries that make them happy. May all the gods that I returned to their sanctuaries, every day before Marduk and Nabu, ask for a long life for me, and mention my good deeds, and say to Marduk, my lord, this: “Cyrus, the king who fears you, and Cambyses his son, may their … […] […….].”

The entire translation can be read at the British Museum.