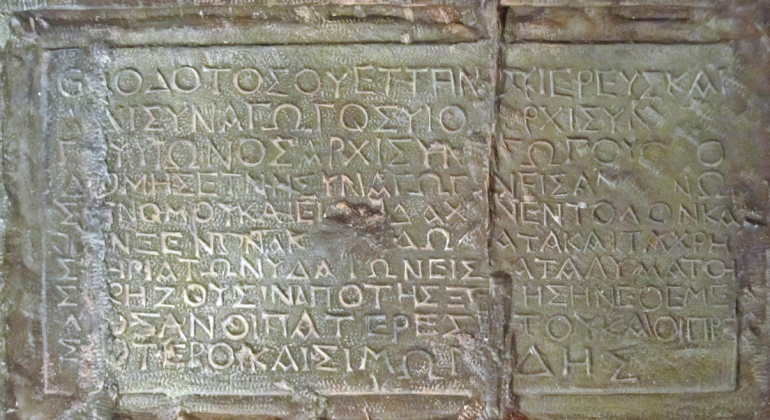 Tomorrow is the beginning of Passover.  Dr. James F. Strange has a really good post over at the American Schools for Oriental Research (ASOR) blog about Passover practices in the first century.  I encourage you to read it in it’s entirety.  Here are some excerpts:

“Passover in Exodus 12-13 was a family ritual, but in Jesus’ day it had developed into a national pilgrimage holiday centered in Jerusalem. Practices that were found at first in the family had become more institutionalized in Jesus’ day, with priests managing thousands of sacrifices in the Temple. But Josephus mentions the crowds streaming into Jerusalem, and we are left to imagine many men, women, and children making their way into the city from all directions, excited and full of joy at the prospect of worship and sacrifice for eight days, and relieved to reach Jerusalem after a difficult and dangerous journey. So many came that whole villages and towns in Judea were seemingly depopulated. The historian Josephus reports that when the Roman army marched southward on the coast toward Lydda or Diospolis in 66 AD, they found the city virtually deserted because of pilgrimage for [another comparable Jerusalem celebration] the Festival of Booths or Sukkoth (War. 2.19).”

In Jerusalem an observant group of from ten to twenty people ate the Passover. (A yearling animal is full-grown, and the dress-out weight of a 150 lb. lamb would range from 55-78 lbs. The same calculation for a 120 lb. goat would range from 54 to 66 lbs.) We reconstruct a priestly observance beginning the afternoon on the 14th of Nisan, which was followed by a family meal or ritual-group meal that began after sundown. The family meal at homes in Jerusalem is assumed in Josephus, Luke, Philo, and the Mishnah, even if it may not be a wide-spread custom at the time.

That night the cooks cooperate to prepare the lamb or kid to be eaten. It is to be completely consumed with unleavened bread (matzos) and bitter herbs, taking care to break no bones of the Passover sacrifice. Whatever remains uneaten, which may be considerable, is to be burned up before the break of dawn. The entire week is a joyous festival with wine, food and matzos, prayer and singing, and special burnt offerings. 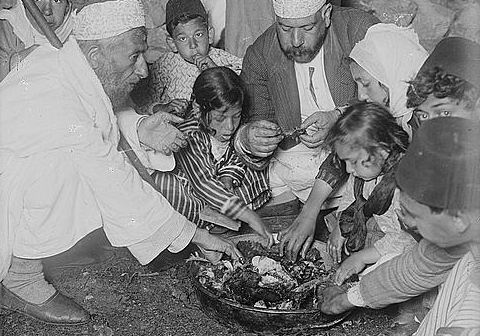 Other practices attested here and there are giving alms to the poor and drinking wine during the meal instead of solely at the beginning or at the end. John 13:29 recounts that Jesus said something to Judas Iscariot which the others thought might be instructions to give something to the poor.