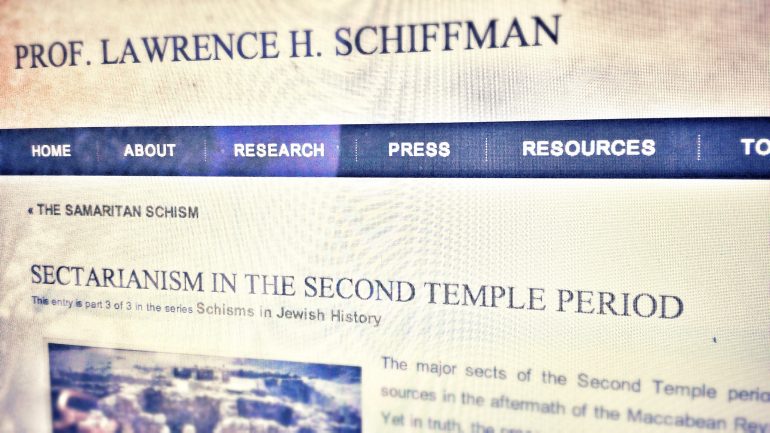 Professor Lawrence Shiffman, in part three of a series on Schisms in Jewish History, has written a nice summary of some of the differing groups that would have been active near the lifetime of Jesus.  Some of these, the Pharisees and Sadducees, are mentioned in the New Testament.  What is often missed in our understanding of the first century Jewish world is the level of diversity present within it.

On one issue I’m not sure I would completely agree with Dr. Schiffman:

The various groups we have surveyed and a number of addi­tional sects vied with one another for the allegiance of the Jewish populace in the last two centuries B.C.E. Much polemic and even invective passed between the groups. Yet it is important to note that at no time did any group assert the non-Jewish­ness or illegitimacy of the status of the members of the other groups. No such issues were raised. Hence, these controversies did not lead to the separation of anyone from the Jewish people.

When reading some manuscripts of the Dead Sea Scrolls, it certainly sounds like some fellow Jews are on the edge of exclusion. They are certainly seen as traitors in the conflict(s) between the Sons of Light and the Sons of Darkness.  (Perhaps I will write more on this later.)  It is important to remember that the early Jesus movement also fits into the scenario of Jewish sectarian groups, becoming known as Ha-Notsrim (the Nazarenes) and Ha-Ebionim (the Poor, referred to in Church texts as the Ebionites).  The Ebionim existed as Jewish believers in Jesus for at least five centuries, having their own Hebrew scriptures, including versions of some NT texts.   They apparently rejected the writings of Paul, however.