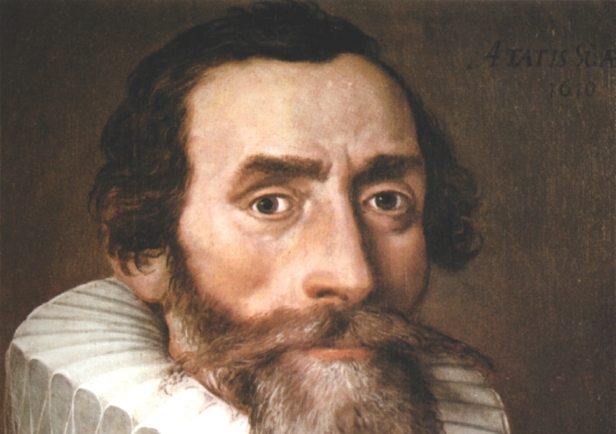 Johannes Kepler was born today in 1571.  Using the work of Tycho Brahe, he confirmed and expanded Copernicus’ theories that the sun was the center of the planetary system and not the earth (which ran counter to official teaching at the time).  Kepler was at the forefront of what would become the Scientific Revolution and an understanding of the principles and the laws of planetary motion that were further confirmed by Newton almost 70 years later.  Kepler lived during a period when the understanding of everything in Europe was changing: religion, society, finance, and cosmology.  The Reformation was taking place, the crusades had exposed Europe to other complex cultures, free markets were developing, and the globe had been circumnavigated.

For Kepler, his work in astronomy was a divine one, driven by faith that the universe was created in an orderly fashion by God and that creation revealed God’s truths—even though the Church rejected his scientific conclusions. When Kepler published his Harmonices Mundi (“Harmonies of the World”) with his controversial (and still dangerous at the time) theory of a helio-centered system, he wrote:

Now because 18 months ago the first dawn, 3 months ago broad daylight but a very few days ago the full sun of the most highly remarkable spectacle has risen — nothing holds me back. I can give myself up to the sacred frenzy, I can have the insolence to make a full confession to mortal men that I have stolen the golden vessel of the Egyptians to make from them a tabernacle for my God far from the confines of the land of Egypt. If you forgive me I shall rejoice; if you are angry, I shall bear it; I am indeed casting the die and writing the book, either for my contemporaries or for posterity to read, it matters not which: let the book await its reader for a hundred years; God himself has waited six thousand years [since the creation of the world] for his work to be seen.