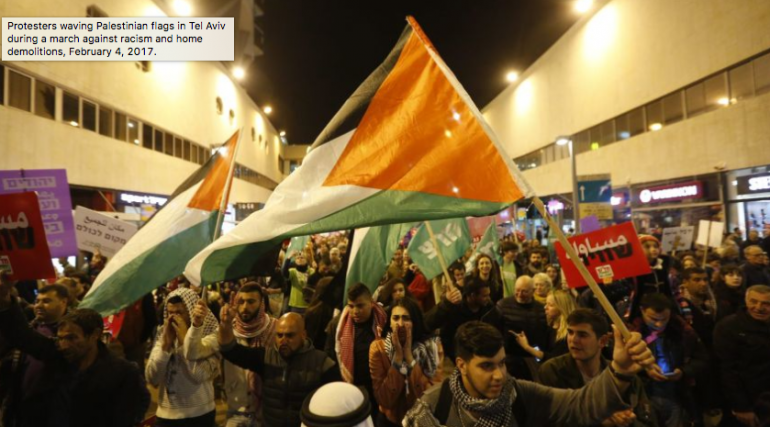 The dynamics of conflict and peace, enmity and friendship in the realities of Israeli and Palestinian relationships are far more complex and nuanced than is frequently depicted in U.S. media and rhetoric. Though we often see moments of violence and animosity (because it sells news and feeds political division here), we rarely see examples such as this on our screens and news feeds, even though they do happen frequently. There are ongoing and significant relationships of peace (seeking peace and making peace) taking place every day.

From the HaAretz article:

Amal Abu Sa’ad, the widow of Yakub Abu al-Kiyan, who was killed during the operation to demolish illegal homes in the unrecognized Bedouin village of Umm al-Hiran in the Negev last month, addressed the protesters: “It is important to me to stand here and speak to you and pass on the message to the prime minister and ministers: Despite your wild incitement, the racism and discrimination in legislation, enforcement, infrastructure and government services – you will not succeed in dividing between the country’s citizens. All of you, who are standing here today, you are proof that Jews and Arabs can and want to live together and with equality.”

You can read the entire article here.