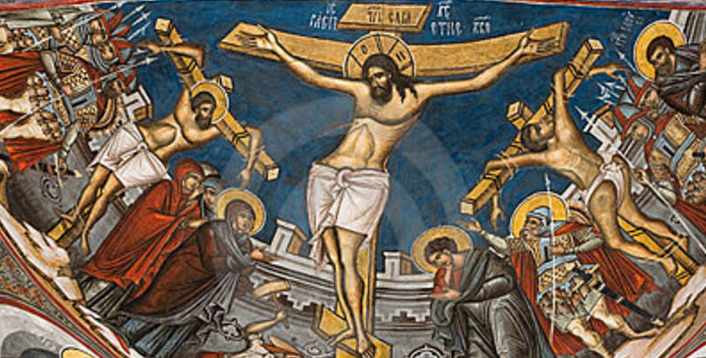 And they brought him to the place called Golgotha (which means Place of a Skull). And they offered him wine mixed with myrrh, but he did not take it. And they crucified him and divided his garments among them, casting lots for them, to decide what each should take. And it was the third hour [9 AM] when they crucified him. And the inscription of the charge against him read, “The King of the Jews.”And with him they crucified two robbers, one on his right and one on his left.

And when they came to the place that is called The Skull, there they crucified him, and the criminals, one on his right and one on his left.And Jesus said, “Father, forgive them, for they know not what they do.” And they cast lots to divide his garments.And the people stood by, watching, but the rulers scoffed at him, saying, “He saved others; let him save himself, if he is the Christ of God, his Chosen One!”