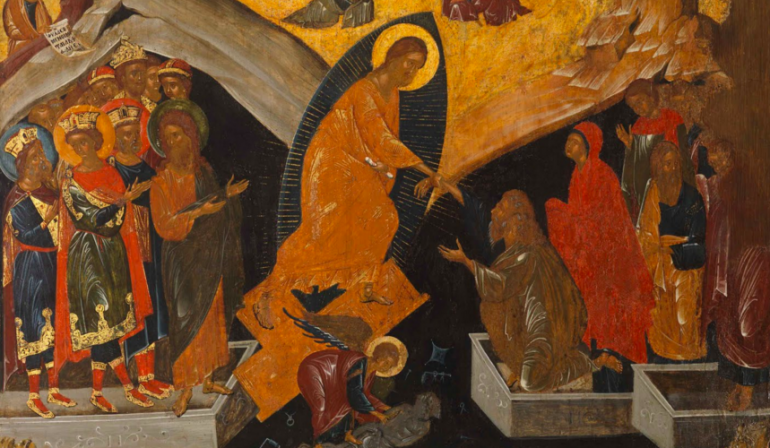 “He presented himself alive to them after his suffering by many proofs, appearing to them during forty days and speaking about the kingdom of God.” (Acts 1.3 ESV)

Notably, according to Luke, his message stayed the same: the Kingdom of God.

Apparently, not all of these post resurrection appearances and conversations are described in the New Testament.  Some references are frustratingly limited in the information offered, but are kind of teasers leaving readers saying, “What?!  I want more information about that!”  For example, the apostle Paul says:

“…he was raised on the third day in accordance with the Scriptures, and that he appeared to Cephas, then to the twelve. Then he appeared to more than five hundred brothers at one time, most of whom are still alive, though some have fallen asleep.” (1Corinthians 15.4–6 ESV emphasis added)

Five hundred at one time? This is the only reference to that event anywhere in the New Testament. No other details are provided:  who was in the crowd? where did it take place? for how long?  I (and many others) would like to have the details of this event.  Especially since it is important enough for Paul to mention in an authoritative list of appearances that he has received from others and handed on to the Corinthians.

Fortunately, the New Testament does provide the details of several other appearances.  Over the next few days I will post those passages for reflection.