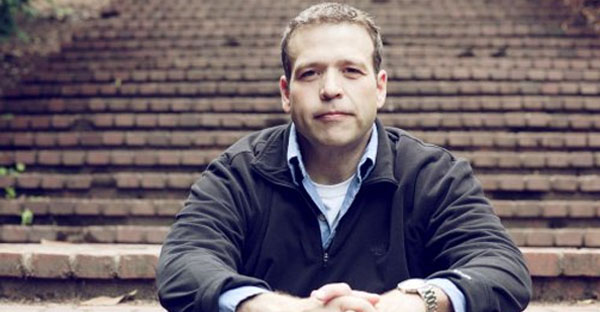 Last week Donald Miller posted some thoughts regarding his reasons for “not going to church very often.”  His firstpost, “I Don’t Worship God by Singing. I Connect With Him Elsewhere” primarily discussed his lack of connection to lecture and music, scholastic and entertainment based models for worship services and other programs.  His second post, “Why I Don’t Go to Church Very Often, A Follow Up Post“, went into more detail about those issues and others.

And then all hell broke lose…or at least a frenzy of responses, mostly  by professional church workers, broke lose on the internet (as a quick google search shows).   The basic summary of the majority of these responses seem to be in defense of the local church, or more specifically a defense of attending a local church.  After reading many of these, it started to feel like maybe salvation equates to something like “accept Jesus into your heart and then you must go to an organized church service regularly”.

Here’s my summary of the responses that have been showing up on my social media feeds the most:

There’s a Biblical Mandate to Go to A Local  Church

Jonathan Leeman over at the Gospel Coalition blog stated:

“No, we must not mistake these structures [of the local church] for authentic Christian living and love. But I do believe they are both the food that gives life to the body, as well as the skeleton that holds the organs and muscles in place. And I believe they are biblical, by which I mean prescriptive for all Christians in all times and places, albeit with circumstantial adjustments.”

He then added: Let me say it again:  “Our love and unity with the church should manifest itself in a church. Our listening to God means listening to his Word—spoken and sung.” And followed up by clarifying what, in his opinion, Jesus meant by “church”:

“In other words, Don, the main thing I want to highlight in response to both of your posts is the difference between what you call ‘community’ and what the Bible calls the ‘church.’ Jesus actually gave authority to those local assemblies called churches (Matt. 16:13-20;18:15-20). The assembly is not just a fellowship, but an accountability fellowship. It’s not just a group of believers at the park; it preaches the gospel and possesses the keys of the kingdom for binding and loosing through the ordinances. It declares who does and does not belong to the kingdom. It exercises oversight. And exercising such affirmation and oversight meaningfully means gathering regularly and getting involved in one another’s lives.”

Mike Cosper thinks the problem isn’t so much with church and points to Miller and the “me” culture as the problem:

“First off, it’s no small irony that Miller, a paragon of the ‘me’ culture of memoir, has essentially said he left church because it didn’t work for him. I fear that Miller doesn’t have the self-awareness to see how narcissistic and condescending his posts are, and how consumeristic his critiques of church are.

I wonder, though, if Miller’s thoughts don’t say as much about our contemporary worship culture as they do about Miller himself.”

I guess Mike missed the point that yes, Miller’s first post was about himself more than it was a critique of church.  I think that was actually the point of Miller’s post.  Cosper goes on to say that, though he believes Miller needs to be “challenged and corrected”, he does understand that many of Miller’s critiques are valid.  Cosper sees the main issue, however, as a “lack of spiritual formation” in the modern church, and his prescription “isn’t trying harder to please religious consumers and church shoppers. Instead, we need to look to the old paths, where the good way is, and keep telling the only Story that gives us a sense of ultimate hope in this tragic and broken world.”

Relationships are the Key

Sarah Bessey’s response was to focus on her personal reasons for remaining in a local church, almost all of which are centered on relationships.  She stays in the local church because…of the small talk that happens, of the love her kids experience from people, the leaders are her friends, she loves to sing, of the conversations and experiences with her husband in the church context, the wonderful imperfections in people and interactions that make life exciting, because Jesus speaks through others.  And her list goes on, and I encourage you to read it because I feel like her post is more in line with Donald Miller’s in terms of dealing with the personal experience behind the choice to attend or not attend … and I feel like she and Miller are probably experiencing similar things in relationships but in different contexts.

Geoff Surratt clarified, “Unlike Donald Miller I will never leave, or graduate, from the local church. I don’t attend because I have to or because I am paid to, I attend because I believe God calls me to.”  Surratt, somewhat snarkily, summarizes Miller’s thoughts this way:

“[Miller] isn’t against church, he’s glad it works for a lot of people, but it is no longer a necessary ingredient in his growing walk with God. Miller contends that worship for him is growing his company rather than singing songs and listening to sermons.”

Surratt then summarizes how he describes church:

“I believe the local church is a family. Sometimes when the family gets together it is very fulfilling and fun, other times it is boring and feels like a waste of time. But I don’t attend family meetings because I enjoy them or gain from them; I attend because I am a part of the family. A mistake we made in the past 30 years is believing that church is about the individual; it’s not. Church is about the family, it’s about our Father, our Brother, our siblings. I wouldn’t quit my family, I won’t quit my church.”

Echoing a bit of Cosper’s “me centered” perspective on the problem, Surratt goes on to say:

“When I focus on what I like, how I am fed, what is best for me I become narcissistic. It feeds my inner teenager who rolls his eyes at the thought of sitting at the dinner table with his oh so uncool family. I do not want to feed my inner teenager, I want to starve him. When I remember that gathering as a church is not about me, it is not about whether my tastes are catered to or my needs are met, it helps me grow into a mature adult. I will never leave the local church because I cannot grow up without it.”

Dance With the One Who Brung Ya (and other thoughts)

Carey Nieuwhof has made a couple of posts (here and here) responding to Miller’s thoughts.  In the first he outlines “10 Thoughts on Exiting the Local Church” which are primarily either negative reasons/results from leaving or positive reasons for staying in a local, institutional church.  Among the things Nieuwhof mentions is that leaving church often also corresponds with taking a step away from accountability and from God:  “I honestly just haven’t met that many people who would say they are closer to God for having left the organized church.”   He agrees with Geoff Surratt that being in church creates opportunities relationships with those who are not like him, but phrases it a bit better, describing those who are “socio-economically, politically and even spiritually” different (rather than those who are “unattractive, unlovable, and unkind”).

Nieuwhof also feels that the local church provides the type of potential leadership and synergy that movements often need for success, and when looking at all the good churches do locally and in the world, he poses the question:  “Would anything like this happen?”  His answer: “I doubt it. Not on this scale. Not with this effectiveness.”  For Nieuwhof this outward focus and effectiveness of the church would’t happen without an “intentional” rather than casual gathering of people.   For Nieuwhof such intentionality in gathering with others is a challenge to the self-focused, individualistic aspects of ourselves and our culture:

“One of the basic human struggles is the struggle against self. I tend to become self-occupied, and my guess is so do you . . . When I gather in an intentional community that is committed to impacting the wider community and world, my life stops being so much about me and begins to be more about Christ and others. I’m not saying this can’t happen outside of the local church. I’m just not sure it does or that it will happen nearly as effectively as through the local church.”

Following this, Nieuwhof’s last points tend to focus on what seems to be the assumed issue in most responses:  that Miller and others who are “leaving the church” have either been wronged, disillusioned by, or are merely reacting to problems in the church.  Nieuwhof sort of encourages readers to remember who brought them to the dance in the first place, “The faith you cherish is built on the foundation of people who were part of the local church.”  So, Nieuwhof adds in a following point, whatever wound/injury you have that was created by the church, it is likely best healed by goodness of people and community present the local church.  Then he encourages the reader (or Miller) to remember that “the promise of the local church is still greater than its problems,” and “trying something new is better than walking away.”

Nieuwhof has added another post today that details why it may be difficult for those who have led in churches to remain in church.

So what are your thoughts?